Why cat videos are good for you

Home » News » Why cat videos are good for you 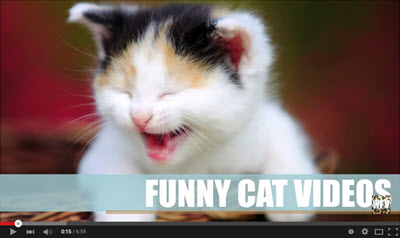 It seems like a strange topic for scientific inquiry, but when you consider that cat videos are one of the most popular uses of the Internet, it’s not such a stretch. The press release from the University says that in 2014 alone, more than 2 million cat videos were uploaded to YouTube, and there were almost 26 billion views.

36% of the respondents described themselves as a “cat person” while 60% said they like both cats and dogs. The research data found that:

That means, the authors say, the effects of watching cat videos, even as a way to procrastinate, may help people tackle tough tasks afterward.

Need a little break? Check out Mashable’s list of the 33 Most-Watched Cat Videos Ever.