The Origins of 10 Nicknames of Dog Breeds

Home » News » The Origins of 10 Nicknames of Dog Breeds 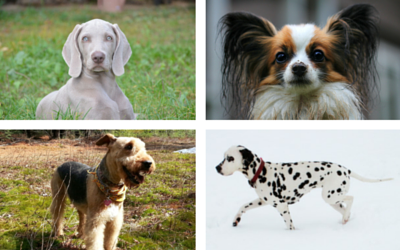 If you’ve ever owned one of the following dog breeds, you’ve probably heard the nickname they are associated with. But you might not know why they have that nickname, and if you don’t own one of these particular breeds, you may not have been aware that these breed nicknames even existed!

Some other popular nicknames for dog breeds include the Diehard, the Starter, the Royal Dog of Egypt, and the Dutch Barge Dog. Can you guess which breeds these nicknames belong to?