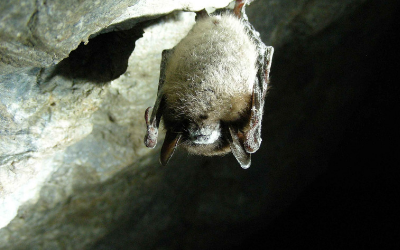 While cases of rabies in domestic pets and humans are rare in Canada, and in North America overall, the risk of rabies remains. Tragically, we are reminded of this by the case of a young man in British Columbia whose death this week marks the first rabies-related human death in Canada since 2012.

Rabies, a fatal viral disease, is widespread in many wildlife populations (e.g., skunks, foxes, bats, coyotes, and raccoons). The rabies virus is usually transmitted through the saliva of an infected animal coming into contact with broken skin or the mucous membranes of the eyes, nose, or mouth. The most common way that people get rabies is through being bitten by a rabid animal. People can also get rabies if the saliva of a rabid animal gets onto any scratches, abrasions, or open wounds.

The rabies virus attacks the nerves and eventually moves to the brain. Rabies has an incubation period, meaning that the symptoms don’t develop right away, but appear weeks after the exposure. Within two weeks of the first symptoms, rabies is usually fatal, as once the symptoms appear, there is no treatment.

In the case of the young man in British Columbia, as reported by media, the bat “ran into his hand” in a rare daylight encounter in May. It seems he didn’t realize there was any risk. He didn’t seek medical attention or report the encounter to public health officials. It wasn’t until six weeks later, when his symptoms began, that the disease was confirmed. There was nothing they could do to save his life.

Who knows how he became infected? As bats have very tiny teeth, a bite wound could easily have gone unnoticed. Saliva may have gotten into a small scratch on his hand.

The best way to prevent rabies is to avoid contact with wildlife and vaccinate your pet. If you or your pet do come into contact with a wild animal – no matter how harmless the encounter may seem – take the following steps:

Your health-care team (whether for your pet or for yourself) will assess the risks and determine if preventive treatment is required. Factors such as the species of wild animal, type of exposure, and whether rabies occurs in that vicinity will all be considered. Remember, there is no treatment once the symptoms appear, so it is crucial to seek medical attention as soon as possible after an encounter.

Rabies is preventable with post-exposure prophylaxis, but is 100% fatal without it.