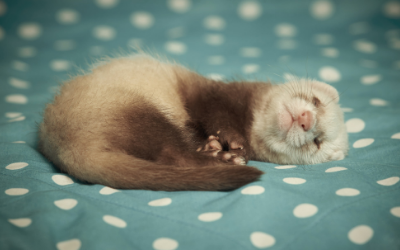 Ferrets and rats are sometimes feared and often misunderstood. With April 2nd dedicated as Ferret Day and April 4th as Rat Day, now is a great time to learn a little more about them.

Ferrets make great family pets as they bond strongly with their owners. If you are considering a domesticated ferret as a pet, here are some important things to know.

Domesticated (or fancy) rats are excellent companion animals for people of all ages – even young children can provide the basic needs for a pet rat. If you are thinking about adopting a rat, here are some tips to know before you make the decision.