Audiobooks and Music for Shelter Dogs? 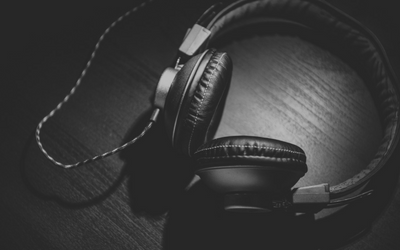 During my last visit to the veterinarian, I noticed that there was soft classical music playing in the examination room. Initially, I assumed the music was to appeal to clients waiting with their pets, but then I wondered if the music was actually being played for the pet patients and if it had a calming effect on the pets that were visiting the clinic?

Studies have shown that dogs in kennels listening to classical music had lower heart rates and showed less stress behaviors (reduced standing, pacing, and barking). However, the decline in stress levels seemed to be short lived. Although there was an initial decrease in stress, the effects of the music wore off and after a week of listening to classical music, the dog’s heart rates and stress levels had returned to what they were at the onset of the study.

Other studies have shown that a variety of music will reduce stress levels of dogs housed in kennels. Physiological and behavioral changes were observed when dogs were exposed to music as opposed to no music at all. Again, dogs were found to spend more time lying down and less time standing when music was played, regardless of genre (Motown, pop, soft rock, reggae, and classical). Playing heavy metal music however, has been found to cause trembling in dogs, suggesting that this music increases stress levels.

Recently, a study was conducted that investigated whether dogs preferred listening to audiobooks over music.

Researchers worked with shelter dogs and exposed them to different soundtracks: classical, pop, music specifically designed for dogs, an audiobook, and no soundtrack.

The results showed that playing the audiobook increased resting behavior and decreased sitting or standing behavior in dogs. The researchers suggest that because dogs are highly social animals, listening to the audiobooks may approximate human interaction and provide the illusion of company.

Some shelters now have programs in place in which volunteers read books to dogs. Playing audiobooks is good alternative if volunteers are not available.

The use of audiobooks is a simple and low-cost way to reduce stress in shelters. This in turn may lead to more dogs being adopted. Potential adoptive families are more inclined to adopt a less-anxious dog that they encounter in a shelter. If this leads to the successful rehoming of more dogs, then it is definitely a great low-cost tool that is simple to put into practice.